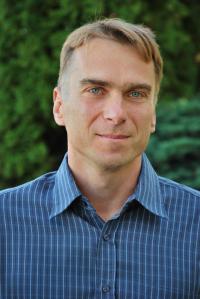 Welcome to the home page of the Balaton Limnological Research Institute. The Balaton Limnological Research Institute in Tihany has one of the longest history of biological research in Hungary. Our main mission is to contribute to the general knowledge of humanity in the field of environmental sciences and specifically, limnology. We examine the aquatic flora and fauna of Lake Balaton and its basin, their spatial and temporal variation, nutrient cycles, and the natural environmental and anthropogenic effects that influence patterns and processes in freshwaters. Our research is also focused on the development of new ecological status evaluation methods, and the conservation of biodiversity and freshwater resources. We also actively take part in higher education. On the whole, we contribute to the better assessment, protection and management of freshwater habitats and their biota through basic and applied research to ensure sustainability goals in the Carpathian Basin.

Intensive scientific study of the Lake Balaton was started by the Balaton Committee of the Hungarian Geographical Society in 1891. In the following 29 years scientists described in detail the geological history of the lake, its main physical, chemical and biological characteristics, and explored the archaeology and contemporary social status of the surrounding areas. These studies were summarized in the 32 volume series of the "Results of the Scientific Study of Lake Balaton" in both Hungarian and German edited by Lajos Lóczy.

The impact of these impressive series of works on the cultural policy of Hungary was so significant, that in 1926 the Minister of Public Education and Religion Kunó von Klebelsberg, supported by the Hungarian Prime Minister István Bethlen, established the first Hungarian Biological Research Institute in Tihany. The world success of Lóczy’s work prompted von Klebelsberg to build the institute on the lake shore so that "the aquatic life can be studied in its sparkling vivacity on the site” . Thus, since its opening in 1927, the Balaton Limnological Institute of the Centre of Ecological Research (formerly the Hungarian Biological Research Institute, the Biological Research Institute of the Hungarian Academy of Sciences) has been the citadel of Lake Balaton limnology and innovation research on water quality protection and natural fish farming in the lake. The impressive complex of buildings was designed in Neo-Renaissance style by Ivan Kotsis. The buildings and its 2 hectare park, right at the foot of the Abbey Hill today enjoys a monumental protection.

Laboratories of the Institute were equipped on the basis of the Anton Dohrn Zoological Station of Naples established in 1873. Nevertheless, laboratories in Tihany were equipped to an even higher standard, i.e there was not only gas, vacuum, compressed air and drinking water in every laboratory, but also Lake Balaton water and sea water were provided. Water from Lake Balaton was pumped up to huge tanks on the top of the main building, while sea water was transported to the site on a barge from the Black Sea via the Danube and the Sió Canals and was also stored in tanks in the attic. The Institute had its own shoreline, pier, research boat, boat house, aquarium rooms and an aquarium display area for the public. In addition to the main building, residential buildings were also built, along with a fully furnished study house which now operates as a guest house with full board. In addition to the Hungarian state, the Kaiser-Wilhelm-Gesellschaft Berlin-Dahlem and the Rockefeller Foundation provided significant financial support for the equipment of the institute. The Tihany institute was initially integrated into the University of Collections. It has remained in close contact with the Hungarian National Museum, and since 1952 it was the part of the Hungarian Academy of Sciences as an independent scientific research institute until 2012, then as a member of the Centre of Ecological Research.

Initially, there were two departments at the institute, one for Balaton research and one for general physiology studies.

Before 1945 the institute had a very small number of "permanent staff". However, a great number of guest researchers visited the institute. The laboratories were so well equipped that they attracted guest researchers from around the world. Between 1930 and 1942 such famous scientists have worked in Tihany as Albert Szent-Györgyi, and Paul Weiss the later Nobel laureates.

Research in Tihany from the beginning concentrated on the exploratory limnology of Lake Balaton which had been harmoniously complemented by fundamental physiological studies on crabs, mussels, snails, tadpoles and laboratory rats.

During the final year of the World War II, the Institute was protected by the International Red Cross, so the buildings and the entire equipment had been saved from the destructions of war.

Between 1945 and 1962 the profile of the Institute was expanded by bacteriological, pathophysiological and pharmacological research. During this period the new method of the artificial propagation of carp (Cyprinus carpio ) was worked out that has been used all over the world since then and during the same period the method of large-scale algae production was patented.

From 1962, a strong and effective comparative neurobiological research unite was organized with exemplary co-operation in electrophysiology, biochemistry and histology, but Balaton research had been neglected for a while.

Between 1965 and 1975 due to the massive fish kill, reed decay and the dramatic deterioration of water quality of Lake Balaton, various government programs were initiated to save the lake. This has prompted the Hungarian Academy of Sciences to re-establish hydrobiology as the institute’s main profile, and to emphasize this the Institute’s name was changed to “Balaton Limnological Research Institute" in 1982. Researchers at the institute established the scientific foundations of the reversal of lake eutrophication. They explored the causes of reed decay and fish mortalities, the dynamics of the spread of invasive species and possible options to fight them. Researchers found the causes of mass algae production, and developed the scientific basis for government actions and the monitoring through the three combined aspects of field observations, laboratory experiments and modelling. The institute's limnologists also have significant expertise in institutional aquatic and biodiversity protection activities coordinated by the European Union and the United Nations.